What is a Pentacle and how is it used in Wicca? 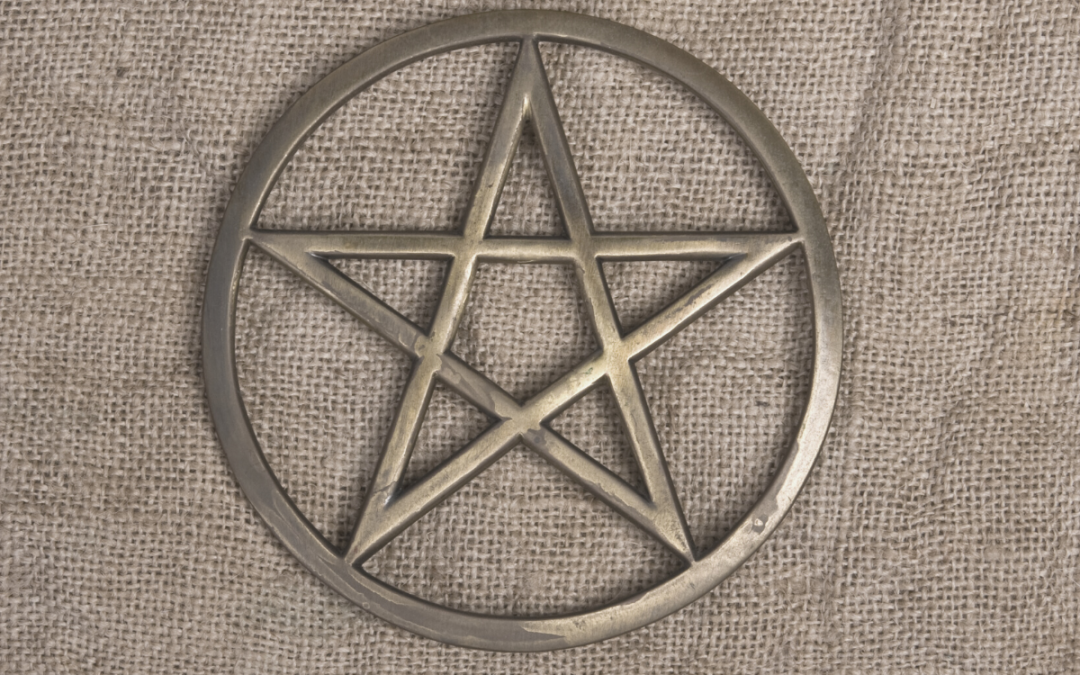 A pentacle is a talisman or magical object that is usually disc shaped and is inscribed with a pentagram.  In magical workings it is used to represent the element of earth.  Pentacles are also a minor arcana suit in Tarot.

Pentacles have a place on a witch’s altar but they are also used for many other things. They are commonly inscribed on items to seal in intent for spells or protection.

The Pentagram featured on a pentacle is commonly misrepresented as a sign of evil. A Pentagram is a five pointed star, four of the points representing the elements and the fifth point representing spirit. The pentagram is also often drawn with an athame when opening circle and conducting ritual. When a circle is drawn around the pentagram it is known as a pentacle.

The Pentacle is often worn by those who are Pagan, Wiccan or practice Witchcraft. It can be worn as a piece of jewellery or as a tattoo. I have pentacles throughout my home and I carry some with me when I leave the house.  I draw them on crystals and inside clothing and shoes. They are drawn on my house protection bottles and I also have several decorative versions around my home.

You can purchase a ready-made pentacle or fashion your own.

As with all your magical tools if you intend to use it for spells you should bless and consecrate it first.